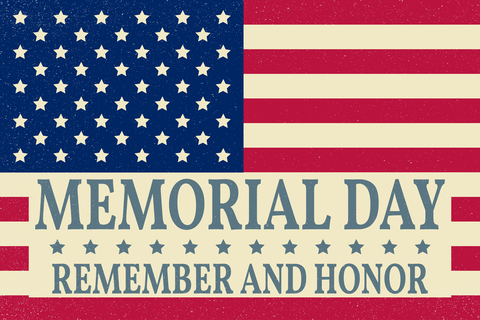 While we view Memorial Day as the official summer kick off and enjoying a B-B-Q with friends or family, please remember to set aside some time to honor the service men and women who made the ultimate sacrifice for our freedom. That freedom extends into radio in the form of Freedom of Speech. Whether you agree or disagree with a host, your right to do so is largely a result of those who have gone before us to secure that freedom.

Gene Burns, an unforgettable icon in radio history, believed that talk radio played a crucial role in exercising and preserving our First Amendment Right. He gave one of the most moving speeches about the Freedom of Speech when he accepted the “Freedom of Speech” award at Talker’s. It was so long ago, there is no recording that we could locate (still working on it), but we did find some YouTube videos of Gene that make one realize that even though everything seemingly changes, everything really is the same…. Michael Harrison, founder of Talker’s Magazine and host of podcast Up Close and Far Out is also a huge proponent of Freedom of Speech. He said this in an interview on KNPR “I think talk radio is a very vital expression of the First Amendment,” he said, “And I think that the First Amendment, freedom of speech, is not a tidy affair. You cannot have free speech and have it be nice or the way you like it or only the truth or only things that are political correct. Free speech is the foundation upon which America is built.”

Take a minute this weekend when you’re listening to the radio or watching YouTube videos, about whatever content that you have the freedom to choose, to say thanks to all of those that died to secure your freedom.